Award winning film editing, a dash of coffee and the odd performance armed with my trumpet. That’s my world. I’m in the business of making dreams come true.

During my film studies at Queen Mary University of London, I established myself as a freelance editor, whilst co-running the university in-house production company. Our first major client was 10 Downing Street, where we produced a series of films on cabinet secretaries, including the current Head of the Civil Service + Cabinet Secretary, Jeremy Heywood. Entering the centre of government was quite an experience!

All this led to my first feature film edit aged 20, which I was selected for against fierce competition from established post production professionals. The film, Art Ache, received international acclaim and is now doing its rounds on Amazon Prime in the US.

Now at the grand old age of 24, I focus primarily on film editing (something I completely adore), but I’ve recently been combining this with producing, working on exciting projects such as award winning documentaries on Child Migration to a brand new web series #CookingWithSoul, which features chef Patrick Williams from Soul Food, based in Borough Market (and a celebrity guest every now and then)

One of my very latest endeavours has been to co-found 6directions, a startup looking at virtual reality and its potential applications in film. Our focus today is to help anyone overcome their fear of public speaking, by virtually placing participants in front of a large interactive audience.

Beyond this I’ve recently co-created Pocket Blockbuster, a creative force focussed on producing only the very best. ‘A Hollywood state of mind for all content kind.’

I must not fail to mention the true soul behind all my work – music. You’ll find me blasting away on my trumpet whether it’s with an orchestra, jazz band or an electronic duo such as Born Stranger.

These are such wonderful, exciting times, and I’m so looking forward to seeing what the future holds. 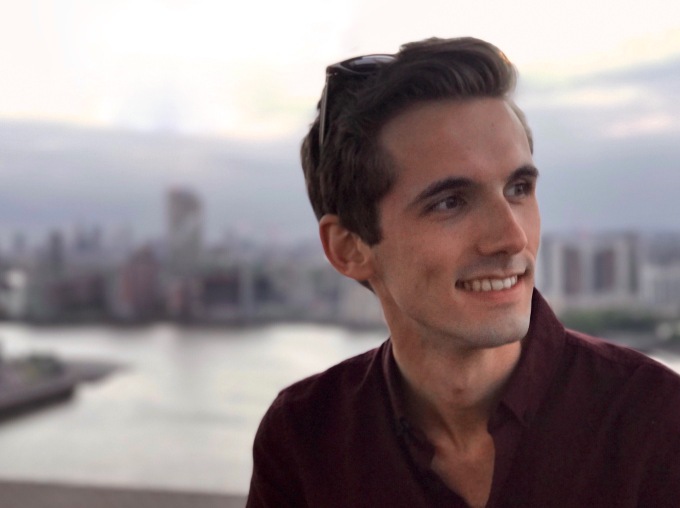 Mitch Harris is an excellent Editor, but more importantly he is a team player who has the highest levels of integrity. Mitch is a calm person who is able to find solutions very quickly to difficult situations both on and off-set.

He is extremely technical and is always ahead of the game when it comes to new software, this is a massive plus for anyone who chooses to work with Mitch. He is caring, he thinks about his team and he has an entrepreneurs heart, and as a result he is able to give opinions on budgets plus ways to increase and manage company growth.

I have watched and admired Mitch for the last 2.5 years and I’m in always in awe of his ability to think practically. This is will be the key to Mitch’s success. I cannot recommend him highly enough. If you wish to chat about him call me on 07960 536763. You will not be disappointed.